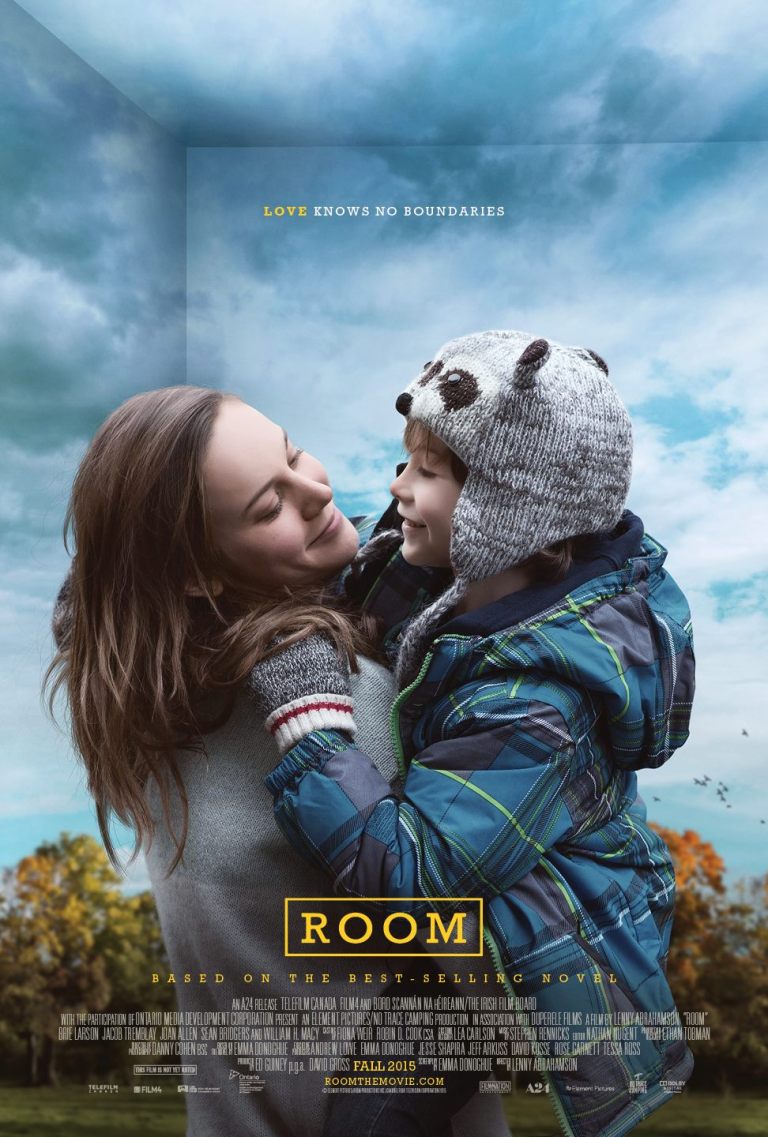 Director Lenny Abrahamson’s latest film, Room, is a powerful piece of filmmaking that will leave audiences both sobbing and cheering in equal doses. Suffice to say, it’s one of the year’s best films.

Jack (Jacob Tremblay) has just turned five-years-old. He lives with Ma (Brie Larson) in a small enclosed room. At first, you’re not clear why this is the case. Has there been a disaster that has forced them to live this way? Nuclear Holocaust? Then we are introduced to Old Nick (Sean Bridges) and we learn that Ma and Jack are not in Room by choice. Room is all Jack knows of the world. Ma tries to protect him from the horrors of the world, but he already sees too much when Old Nick comes to visit. However, when Ma reaches her breaking point, she tells Jack about the world outside Room and that she needs his help to escape. The real adventure begins after Jack attempts the nail-biting flight from Room, as he now has to learn about and adjust to the outside world.

I won’t spoil anything else because Room is a film that needs to be experienced as fresh as possible. Just know that Abrahamson and Screenwriter Emma Donoghue, who adapted her novel of the same name, tell the entire story from Jack’s point of view. So, when he and Ma finally do escape from Old Nick, we see the world through his eyes. I felt that decision slightly blunts Ma’s story as she too tries to adjust to a world outside of Room, but it’s a minor quibble. The film is funny, sad, stressful, and exhilarating all at once and should be seen by everyone.

All the performances are great here, but the lion’s share of the praise should definitely go to Brie Larson and Jacob Tremblay. Larson gives another dynamite performance that I feel will help her finally break through into the public consciousness. She was fantastic in Short Term 12 and she does and equally great job here. I wouldn’t be surprised if an Oscar nomination is in her future for Room. The same could be said for Tremblay. His Jack is both adorable and infuriating, just like a real kid. He doesn’t feel like a phony child actor who has been coached incessantly into dead-eyed line readings. Jack is a sweet boy who is confused by the world around him and Tremblay does an amazing job breathing life into the character.

Overall, Room is a film that has to be seen. I will say, it is better to know why Ma and Jack are in Room from the get-go, because there is some real disorientation at the start of the film, but beyond that and my minor issue with the forced point of view, the film is a real gem and one of the year’s best. Go see it if it’s playing in your area.