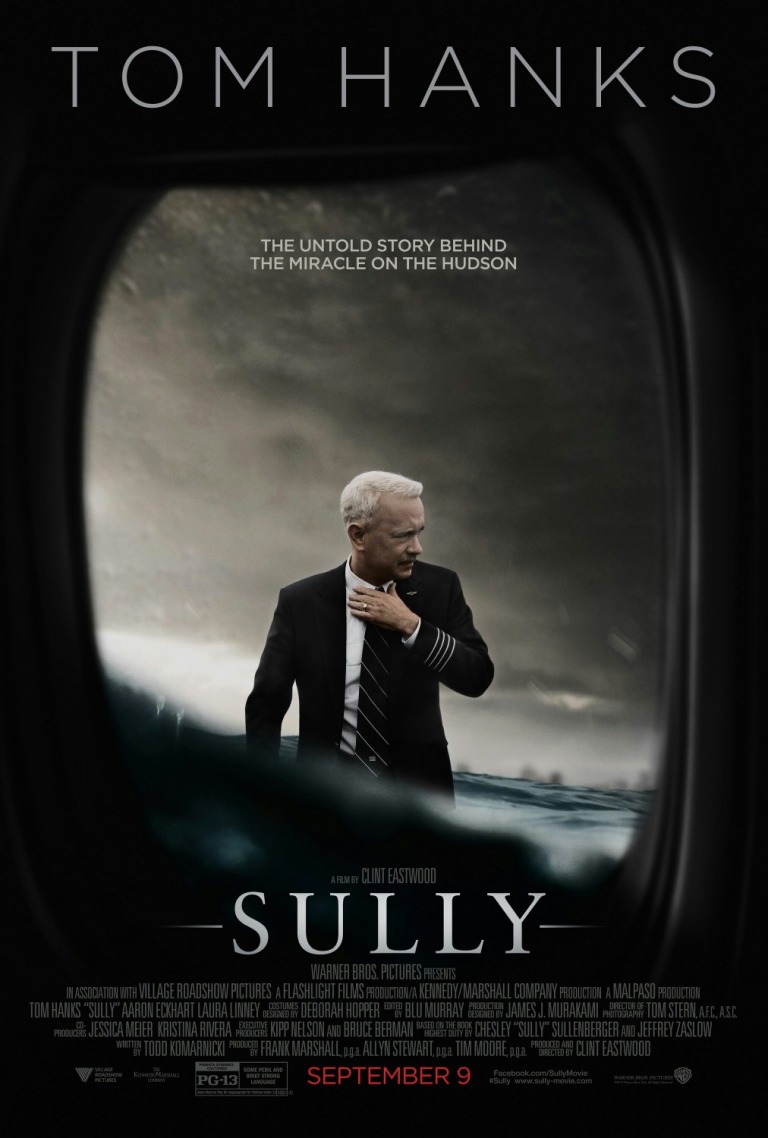 If you have had consciousness since 2009, you know the story of Sully. So, why make a movie about it?

The film focuses on Chesley “Sully” Sullenberger (Tom Hanks), an airline pilot that was called to heroism when his aircraft lost both engines after a bird strike shortly after takeoff. Using quick thinking, Sully executed a water landing on the Hudson River, giving birth to the headline, “Miracle on the Hudson.” Sully became an instant celebrity and America was introduced to one of its humblest heroes. So, what’s the movie about? Well, it’s essentially about the Miracle on the Hudson and the resulting investigation by the National Transportation Safety Board (NTSB). Sully has a couple of flashbacks as well as some waking nightmares where he envisions how horribly wrong things could have gone. That’s about it, though. Is that enough to sustain a feature-length film?

Well, no, not really. The biggest problem with this film is that everyone who would be interested in seeing it already knows the story. The NTSB stuff doesn’t add enough to make a compelling narrative. Also, the stakes for Sully at the hearings are incredibly personal, but we barely know him as a character, so it’s hard to relate to his dilemma, especially when we know how it all turns out anyway—if the scathing judgment, that would have been in the news for sure. What Director Clint Eastwood and Screenwriter Todd Komarnicki should have done was tell Sully’s whole story instead of merely focusing on what happened in January 2009. That way, the audience gets to know Sully over the course of the film and cares for him. By only telling the Miracle on the Hudson incident, there isn’t enough story to support a whole film. Also, it’s way too soon to tell this story. As I mentioned, everyone remembers what happened. This film should have been made about twenty years from now. This is a film that I would have expected to find on network TV or basic cable, not a movie theater. What’s here is fine, good even, it’s just not very compelling.

The acting performances here are all very good. Hanks is, as usual, a consummate professional. He anchors the film solidly, but I just wish he had more to sink his teeth into. Aaron Eckhart does a fine job as co-pilot Jeff Skiles as does Laura Linney as Sully’s wife, Lorraine. The NTSB inquiry board is played by Anna Gunn, Jamey Sheridan, and Mike O’Malley. O’Malley is the primary antagonist and is a bit overzealous in his pursuit of Sully. It gets a little unbelievable at times. I don’t blame O’Malley—it’s the way his part is written.

Overall, Sully is a well-made, decent film, but it feels like something that should have been a story on 60 Minutes, not in a cinema. You can definitely check this out when it hits TV, where it belongs.