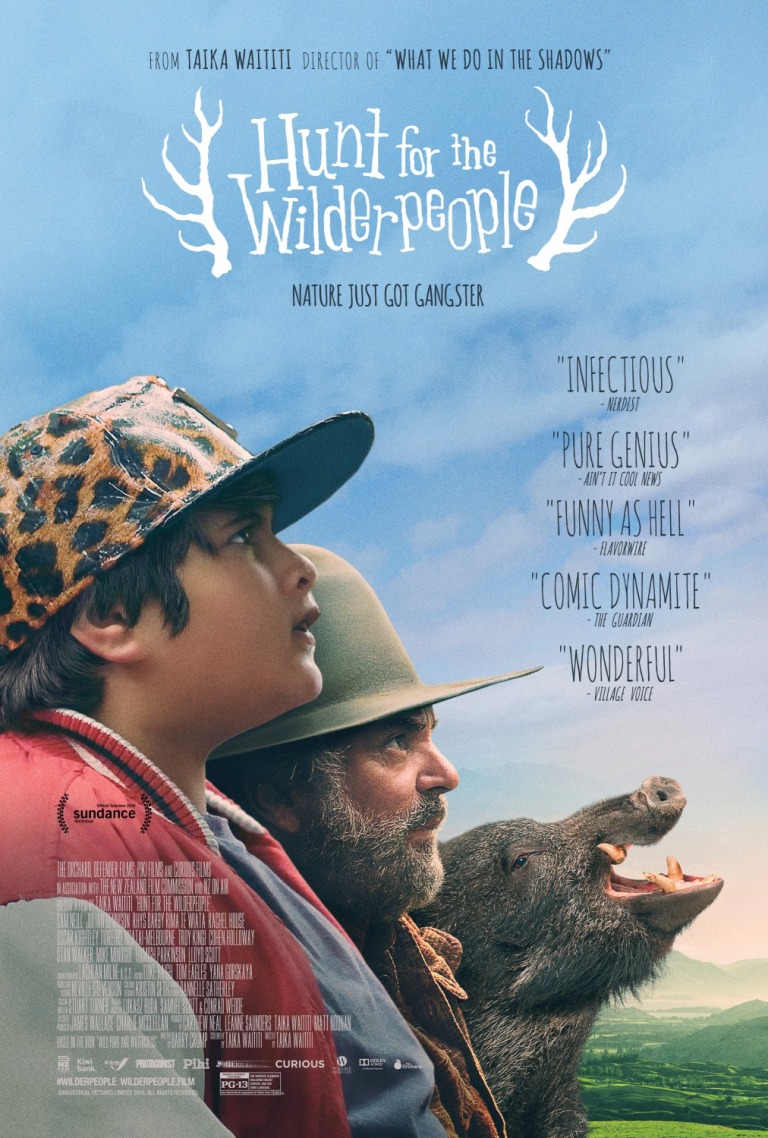 From Writer-Director Taika Waititi comes Hunt for the Wilderpeople, an adaptation of Barry Crump’s novel Wild Pork and Watercress. Is this another hilarious success for Waititi or proof that Marvel may have made a mistake in handing him the reins to Thor?

Ricky (Julian Dennison) is a troublemaker and ward of the state in New Zealand. His social services officer, Paula (Rachel House), has brought him to live on a farm with Bella (Rima Te Wiata) and her husband, Hec (Sam Neill). Ricky chafes against Bella’s loving ways, at first, but soon starts to come around. However, after a tragedy, Ricky runs away and gets lost in the bush. Hec tracks him down, but breaks his ankle in the process, stranding the pair in the vast forest. They camp out until Hec is well enough to travel, but while they’re missing, the outside world has deemed Hec a kidnapper—and possible pervert—and the manhunt is on, with Paula leading the way. Now Hec and Ricky are on the run. How long can they outlast the bumbling authorities and amateur hunters roaming the bush?

I absolutely loved Waititi’s last film, What We Do in the Shadows, but that was a mockumentary and straight up absurd comedy, so I was curious to see how he handled story and character. Hunt for the Wilderpeople more than proves Waititi’s talent, (I have yet to see his earlier feature, Boy, which I hear is great). Hunt for the Wilderpeople is fantastic. It is hilarious throughout, but heartwarming and touching in all the right places, so it feels like a comedy with some weight to it. The story is fun with a satisfying ending and the characters are extremely enjoyable. My only minor complaint is that the story gets a bit too absurd at times, but it’s not enough to hurt the overall production. The film is simply delightful.

The cast does a stellar job here with the major kudos going to Dennison, Neill, and House. Julian Dennison plays Ricky as a kid I would probably loathe in real life, but I found him hilarious in the film. I think it’s due to the fact that Dennison really shows Ricky’s humanity all while putting up a confident front. Neill also puts up a front as Hec. However, his front is that of a gruff and anti-social person. Well…he is gruff and anti-social, but there’s a lot of humanity in there too that comes out at just the right times. House is brilliant as the brainless bureaucrat sent to hunt Ricky down. Her cluelessness knows no bounds and House milks every drop of comedic energy from her scenes. Te Wiata is funny and loving in her scenes and she has good chemistry with Dennison and Neill. Waititi has a great cameo as a minister and regular collaborator Rhys Darby also shows up as a loopy outdoorsman.

Overall, Hunt for the Wilderpeople is one of the best films of the year. It is extremely funny, but will hopefully warm your heart while making you laugh. It not only became one of my favorite films this past year, but also got me much more excited for Thor: Ragnarok, which, admittedly, Waititi is not writing – just directing. Do yourself a favor and seek out this hidden gem.

Hunt for the Wilderpeople is now streaming on Hulu