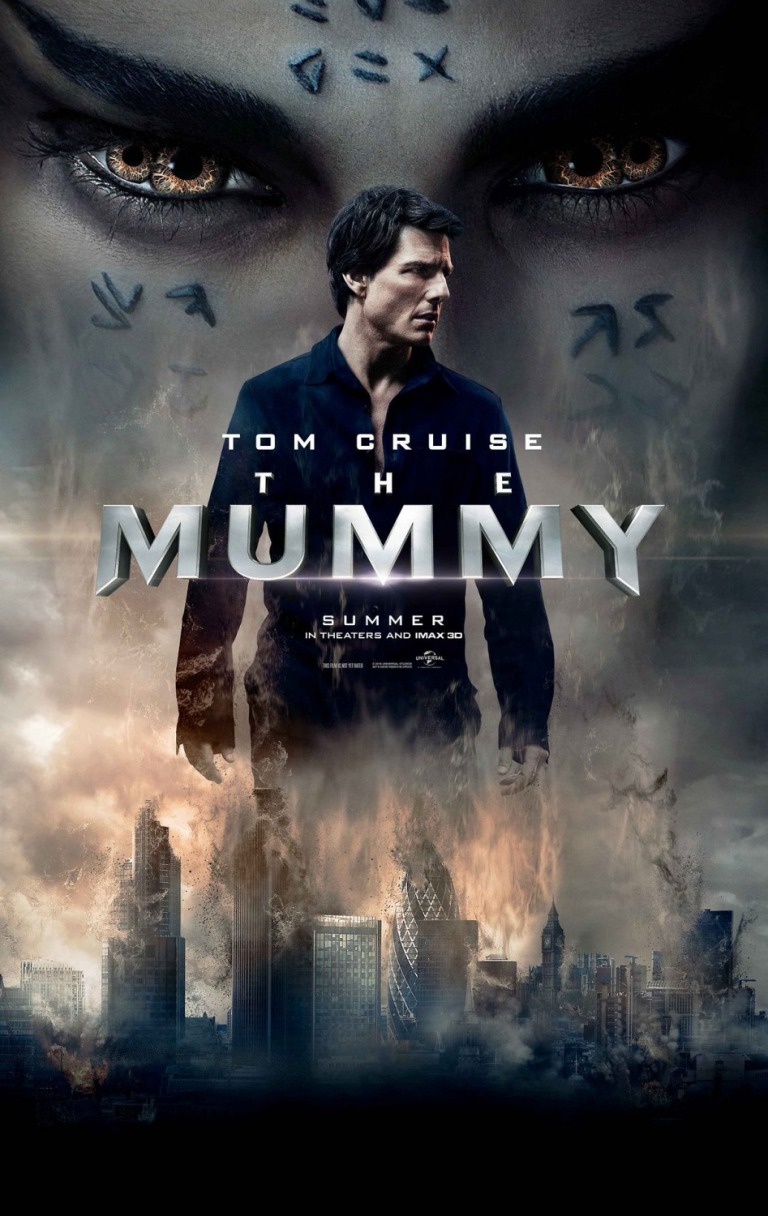 In the lead up to the latest re-make of The Mummy, my greatest hope was that Tom Cruise’s general talent for picking good material meant that this movie would be worth a damn. Unfortunately, Cruise’s powers were rendered useless by Director/Co-Writer/Hack Alex Kurtzman’s powers of awfulness.

The plot of the film is completely nonsensical, but here we go. In ancient Egypt, Ahmanet (Sofia Boutella) makes a deal with the God of Death, Set, and is then buried alive in Mesopotamia. Cut to the present day and Nick Morton (Cruise) and his horribly obvious comedic relief sidekick, Chris (Jake Johnson), stumble into Ahmanet’s tomb/prison. Jenny (Annabelle Wallis), the scientist that Nick met five minutes ago and is now his forever love—at least, that’s what the horrible screenplay implies—seems to know all about this Ahmanet. Why, you ask? Because she works for Dr. Henry Jekyll (Russell Crowe), the Nick Fury of Universal Studios’ “Dark Universe,” and the man who is trying to stamp out evil in the world—mainly because he’s got a nasty side called Mr. Hyde. For some reason, Nick is connected to Ahmanet and she wants him to now become the new vessel for Set, so he can rule the world and she can just, y’know, hang around for the ride—anyone who thought that a female Mummy would equal the feminist impact of finally seeing a Wonder Woman movie was sorely let down by this film. Who will win in the battle between good—even though Nick isn’t really a good guy at all—and evil? Who really gives a crap?

Alex Kurtzman is a hack and this movie is terrible. The whole script, which inexplicably includes credits for David Koepp (Jurassic Park, Mission: Impossible, Spider-Man) and Christopher McQuarrie (Usual Suspects, Edge of Tomorrow, Mission: Impossible: Rogue Nation), is a complete mess. The dialogue is obvious and terrible and the entire story makes no sense. This is what happens when movie studios put the cart before the horse. Ever since The Avengers was a massive hit, every studio wants their own “cinematic universe.” Warner Brothers has the easiest route with the DC Comics stable of characters. Fox is next with the X-Men films. All those characters already exist in their own universes in another medium, so all the films become are adaptations of those properties. The Dark Universe and the Transformers Cinematic Universe that is being crafted by Paramount are soulless cash grabs by studios that do not have the right ingredients to make a connected universe of films. The Mummy has all the problems of not only a bad movie—EVERYTHING, especially the love story angle, is completely unearned in this movie—but also a bad movie that is trying to launch an entire franchise of other films. It suffers the same fate that all other films do when they plan out the future films before even getting the first one right. The original first film in this Dark Universe was supposed to be Dracula Untold, but that film was A) terrible and B) a flop. If The Mummy makes a ton of cash—despite its terrible quality and well-earned reviews—you can bet that Universal will plow ahead with The Bride of Frankenstein, which is supposed to be the next film in the series.

So, the studio completely screwed this movie up—there are a few nice action scenes and I actually liked Russell Crowe’s performance, but that’s it—but they also ruined the set up for their movie universe. The Universal Monsters were, generally, the villains of all their movies in the 1930s, so what the studio needed to do was establish Tom Cruise as the hero of these films and have him be the thread that connects all the movies. They sort of do that, but Cruise’s character here is not very heroic—he’s actually pretty miscast as the snarky rogue—and while he saves the day (oh sorry, SPOILER ALERT), he’s not exactly the hero to lead a cinematic universe. Dracula Untold completely missed the mark, because they basically tried to turn Dracula into a superhero. And without giving too much away, they kind of do the same thing here. Monsters as villains WORKS and the studio should have left that alone, but Hollywood doesn’t know the meaning of “if it ain’t broke, don’t fix it.” So, they tinker away and create a generic, uninteresting mess that is supposed to launch a series of movies that no one will want to see after this train wreck. Good job, Universal!

If you haven’t guessed by now, stay far away from The Mummy. It is total schlock and it’s not even well done schlock. It’s a mess from start to finish and when the guy leading the team to make it wrote two of the Transformers films, Star Trek: Into Darkness, and Amazing Spider-Man 2, it really makes sense that it ended up like this. Take a hard pass on this one.