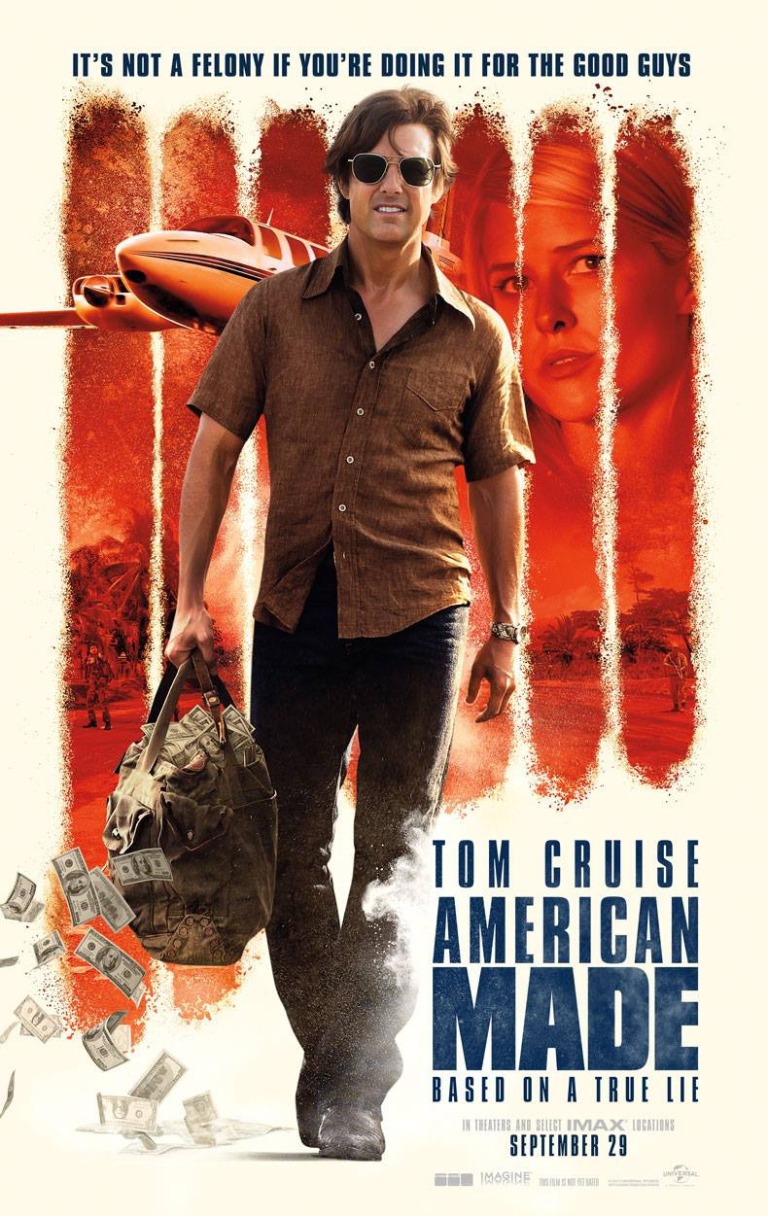 Is Tom Cruise at the top of his game with American Made or does it represent a decline in the superstar’s powers?

Based on a true story—loosely—American Made, from Director Doug Liman, tells the story of Barry Seal (Tom Cruise), a pilot that went to work for the CIA and got rich helping the Medellin Cartel smuggle its drugs into the United States.

Cruise is highly likable as Seal and the film is very entertaining. Ultimately, though, therein lies the problem. The things that Seal does are really, really bad. He’s not a good guy, but it’s easy to forget that when he’s portrayed by the charismatic Cruise. Also, by making the film more of a comedy—dark or otherwise—the audience loses the weight and impact of the terrible things Seal did in conjunction with his CIA handler (Domhnall Gleeson) and the Colombian drug lords he worked for.

That being said, if you can ignore the moral center of your brain, it’s a fun film with a great cast—think Wolf of Wall Street, but less vulgar. I just feel the story would have been done more justice if the tone and script—written by Gary Spinelli—had been a bit more serious.