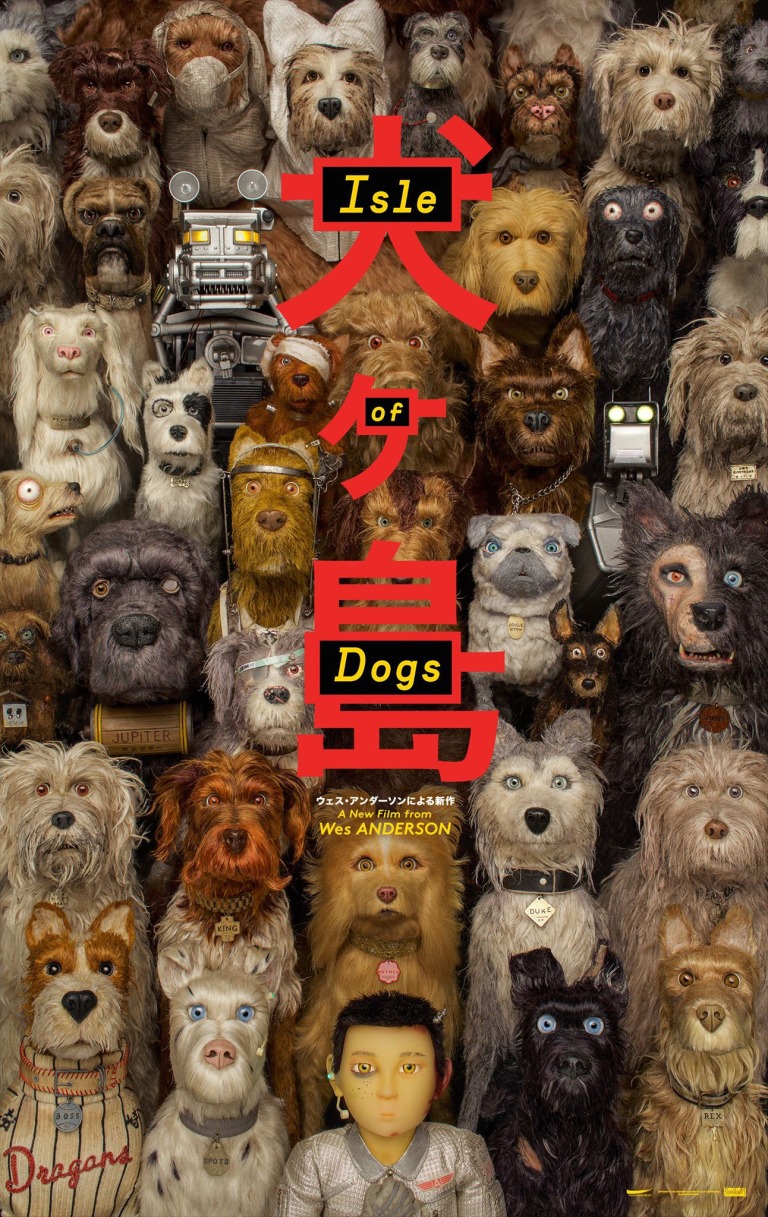 Isle of Dogs represents Director Wes Anderson’s first foray into animation since his 2009 film, Fantastic Mr. Fox. Does this film capture the same magic as that previous winner?

It is the near future in Japan and Mayor Kobayashi (Kunichi Nomura) has exiled all dogs to “Trash Island” due to an outbreak of “Dog Flu.” On the Isle of Dogs, the canines have developed their own society. Chief (Bryan Cranston) leads a pack of dogs that includes Rex (Ed Norton), King (Bob Balaban), Boss (Bill Murray), and Duke (Jeff Goldblum). They all have their own pasts, but they’ve banded together to survive. Their world is turned upside down when a boy, Atari (Koyu Rankin), makes his way to the island looking for his own dog, Spots (Liev Schreiber). Will Chief’s pack help Atari in his quest or leave him to fend for himself?

Isle of Dogs is a very funny film with a sweet beating heart. However, it is also a film that is really relevant to this moment in time. The villains in the piece attack and ostracize those that are different and create straw men to blame for all their problems all while maneuvering to remain in power. The dogs are adorable and the dialogue is whip smart. However, where Isle of Dogs truly shines is in the intricate detail packed into every frame. This is a stop-motion animation film, so everything from the sets to the characters had to be hand-crafted and painstakingly animated frame-by-frame. It’s an incredible achievement, especially when the audience sees how much is packed into every scene. The level of craftsmanship is mind-boggling and a triumph.

The voice cast is absolutely stellar. All the leads are fantastic and there is equally great work delivered by supporting players like Scarlett Johansson, Harvey Keitel, F. Murray Abraham, and Tilda Swinton. I liked Greta Gerwig’s performance as an American exchange student involved in a protest group, but felt it would have worked better if a Japanese student took the lead on that.

Overall, Isle of Dogs is a delightful film. It’s funny and heartwarming, but also has something to say. I still liked Fantastic Mr. Fox better, but that one is tough to beat. This one is still a winner, though, and will definitely make you say, “I love dogs.”