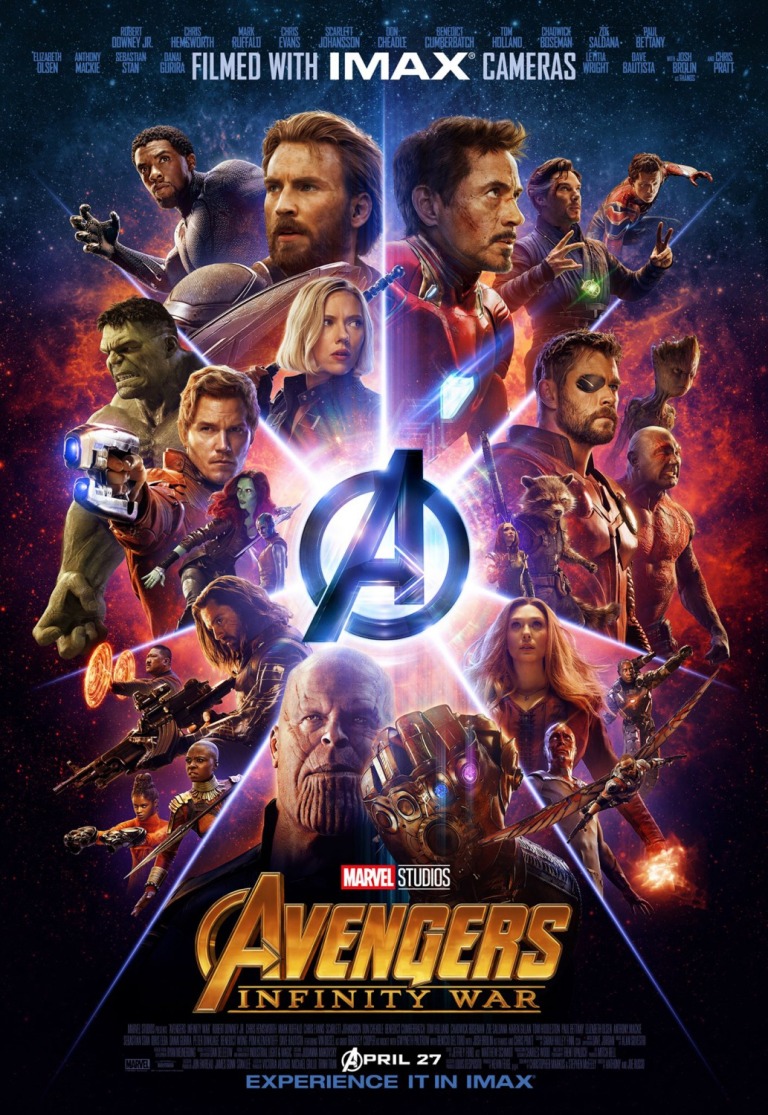 After ten years of buildup and interlocking storylines, Avengers: Infinity War is finally upon us. Does the film live up to the hype or is it just the latest cog in the Marvel machine that leaves the audience wanting?

Finally, after teasing us for six years since 2012’s Avengers, Thanos (Josh Brolin) has arrived. What’s he after? Why, the Infinity Stones, of course! He needs them to power his magic gauntlet, so he can become the most powerful being in the universe. What does he plan to do with all that power? Wipe out half the life in the universe, you know, as you do. However, Thanos isn’t some wild psychopath – there’s a method to his madness. It’s a horrific method, but definitely a method. Two of the Infinity Stones are on Earth and another is with Thor (Chris Hemsworth) and Loki (Tom Hiddleston), so it falls to the Avengers to try and stop Thanos. Since Captain America: Civil War, though, the Avengers aren’t all that assembled and what the audience gets are different pairings of characters as practically every hero Marvel has introduced is called to arms. Can the Avengers get it together in time to stop Thanos, or is it already too late?
While I don’t consider Infinity War to be the best Marvel movie, it is definitely one of the best and a triumph all around. Directors Joe and Anthony Russo as well as Screenwriters Christopher Markus and Stephen McFeely do a masterful job at keeping this mammoth story moving and servicing the dozens of characters that all get their moment to shine. The film is probably the darkest Marvel film yet, but the Russos do a great job balancing the darkness with humor and epic, applause-worthy moments throughout. The tone never feels out of whack. And be warned, this movie goes to some out there places, so hold on tight. At times, the film felt too big for one movie and I wanted to linger a bit more with the Guardians of the Galaxy or Captain America (Chris Evans) and his band of renegades. However, with a runtime of 149 minutes, the story has to keep moving and yet, still feels rushed in places. It might have worked better to use some of those end credits scenes over the years to build Thanos up a bit more.
That being said, Infinity War still does a great job as Thanos’ star-making turn. He is easily the best part of the film and Brolin gives a compelling performance. And while I felt that some of Thanos’ honor guard, the Black Order, looked a little too much like video game characters dropped into a live-action movie – looking at you, Proxima Midnight (Carrie Coon) – the CGI on Thanos is flawless. Marvel crushed it with his look.
Now, it’s time to get into SPOILER territory:

Okay, all buckled in? Great. There are some incredibly emotional moments in Infinity War, especially if you’ve been invested for the last ten years. However, when Thanos finally gets to snap his fingers at the end – an iconic moment from the Infinity Gauntlet comic miniseries – several of our stalwart heroes vanish into nothingness. Those deaths can’t help but feel a little hollow, though, because of who dies. I won’t reveal their identities, but there’s no way Marvel makes these deaths stick. There are some deaths that take place prior to the Snap that should most definitely stick, but as for the rest, we’ll have to wait until 2019’s Untitled Avengers 4 to see how it all shakes out. I think, though, that if the original Avengers had bought it, there would be a little more doubt about what comes next.

SPOILERS OFF
The cast is absolutely fantastic – and no, that’s not a clue for the ending. These actors have had years to hone and polish these characters, so it’s like greeting old friends. However, this is one hundred percent Thanos’ movie and Brolin doesn’t disappoint. Markus and McFeely ditch the Mad Titan’s silly motivations from the comic books and instead, make him the hero of his own story, or as I like to call it – they Magneto’d him up. Now, Thanos is a compelling character, not a lovesick crybaby. Of course, that’s not to say that the pursuit of love isn’t a worthwhile endeavor or a good story jumping off point, it’s just bad when the character is stalking the personification of Death. That’s kind of dopey.
All the hero pairings work to extraordinary results. Thor meeting the Guardians of the Galaxy is a masterstroke and having him travel with Rocket (Bradley Cooper) and Teen Groot (Vin Diesel) is perfect. Tony Stark (Robert Downey Jr.) and Doctor Strange (Benedict Cumberbatch) having a meeting of the assholes is great and the film also continues the development of the Iron Man-Spider-Man (Tom Holland) partnership. Cap’s team, including Black Widow (Scarlett Johansson) and Falcon (Anthony Mackie) made me want to see a film of their exploits, stat. I also loved the romance between Scarlet Witch (Elizabeth Olsen) and Vision (Paul Bettany). remember, Viz has got the Mind Stone embedded in his noggin, so that opens the door to a ton of drama. Mark Ruffalo is good as always as the Hulk, but I didn’t totally love what the story did with him. I understand why they did it, but it got a little old by the end. Chris Pratt and Zoe Saldana are very good as Star Lord and Gamora, but while I liked Gamora’s story here – remember, she’s Thanos’ adopted daughter – I felt that could have used some more fleshing out and I never completely bought into the whole Star Lord-Gamora relationship. It always felt like they had to get together because he’s the lead and she’s the only woman around. I know it works for other people, but to me it always felt forced. I thought those two worked better as friends or brother and sister, since the Guardians team is its own weird family.
Overall, Avengers: Infinity War is a definite must-see. The cast is absolutely stellar and the story is long and engaging without ever being boring. It is blockbuster filmmaking at a superior level. Marvel can seem to do no wrong at these days.