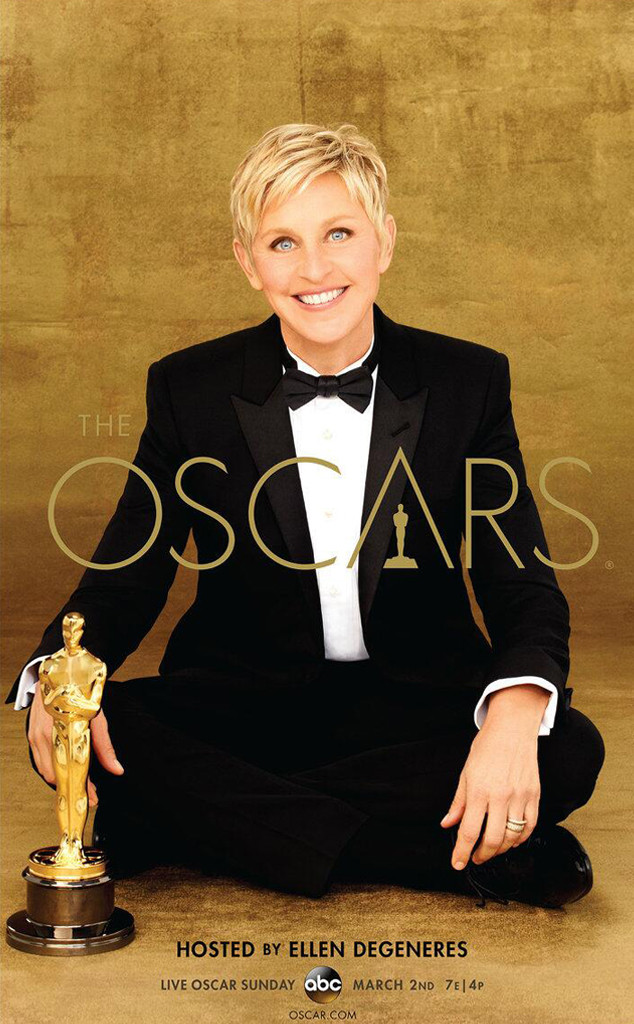 Make sure to check back throughout the night for our comments on the show!

7:51PM – Dirty A and I are settling in for the show. Dirty A says Tyson Beckford looks like “Stonewall Jackson,” from the way he’s clearly reading from cue cards and is completely stonefaced. THAT IS THE JOKE.

7:53PM – Jared Leto, cut your freakin’ hair, dude. Or at least put it in a ponytail – this is a classy affair.

8:30PM – All those Oscar statues look like inflated condoms.

8:34PM – John Travolta, where did you get all that hair from?

8:35PM – Dirty A is participating in his favorite pastime: Booing Meryl Streep. I don’t know why.

8:42PM – And predictably, Jared Leto is your Best Supporting Actor this year!

8:43PM – Leto did a great job in Dallas Buyers Club, but I gotta say, Michael Fassbender was terrifying in 12 Years a Slave. He really should have won. Nice tribute to Leto’s mother in his acceptance speech. Nice of them not to play him off during that.

8:48PM – Now Carrey gets to the point: Animation feature

8:49PM – It’s weird seeing all these classic animated movies next to the newer CGI cartoons.

8:51PM – Pharrell and his Smokey the Bear hat make an appearance to perform “Happy.” Love this song!

8:52PM – Dirty A: Pharrell actually has no talent – his hat is disguising a real-life Ratatouille who is controlling him.

8:59PM – Dirty A: Let me get this straight, she won for best costume and she wore THAT to the Oscars?

9:00PM – Dallas Buyers Club wins for Best Makeup, but in all honesty, Bad Grandpa should have won. Knoxville’s old man makeup was amazing.

9:03PM – Honestly, Ford should have been nominated for Best Supporting Actor for 42. He was really great in that. He’s wearing a goatee. Might he need that for an older Han Solo? 🙂

9:05PM – Channing Tatum shows up to talk about some short film contest. You know, because they don’t need to watch out on the running time or anything.

9:11PM – Kim Novak needs less botox and Mud is trying to keep her on task.

9:12PM – Best Animated Short: Mr. Hublot – No idea about this, but Dirty A is very happy it won. (He has no idea either) Congratulations!

9:15PM – Frozen wins, surprising no one. Still have to see it. The trailer just never appealed to me.

9:20PM – JGL and Hermione presenting for Visual Effects. Dirty A would like to show Emma Watson his wand.

9:21PM – Gravity wins for Visual Effects. This film was a technical marvel and will clean up all the nuts and bolts awards tonight.

9:27PM – This Muppets commercial for Lipton Tea is adorable.

9:36PM – Ellen wants to order pizza for the crowd.

9:36PM – Bradley Cooper presenting Best Documentary Feature. From what I understand, The Act of Killing should win this, but might be too brutal for the sensitive Academy Voters.

9:49PM – The Great Beauty wins for Best Foreign Language Film. I have to think that if Blue is the Warmest Color wasn’t disqualified for whatever reason, it would have won this hands down.

10:04PM – The Human Torch and Veronica Mars talk about the Science and Technical Awards held earlier.

10:09PM The guys who won the last award were lined up like a staircase: Tall, shorter, shortest. Hilarious.

10:11PM – Christoph Waltz shows up to present Best Supporting Actress. I’d be happy with either JLaw, Lupita, or June Squibb.

10:14PM – Lupita wins! She was fantastic in 12 Years a Slave. JLaw was great in American Hustle, but Lupita gave a powerful, heartbreaking performance. Congratulations!

10:25PM – Academy President: Look at all this great shit we’re doing! Who gives a crap?

10:27PM – Bill Murray gives a nice shout out to Harold Ramis before presenting the Oscar to Gravity.

10:46PM – Channing Tatum is sitting next to Jamie Foxx. Wonder how that White House Down postmortem is going?

10:47PM – Chris Evans presents movie montage featuring heroes. Lots of great moments in this and it features music from Inception, which makes sense since every movie trailer since has ripped it off.

10:53PM – Glenn Close presenting the In Memoriam portion of the show.

10:56PM – Peter O’Toole. Everyone holding their applause until the end it looks like.

10:58PM – And here comes Bette Midler to sing “Wind Beneath My Wings.” Why? I liked it better when they just ended the section with silence. At least they didn’t have her sing DURING the montage like they did with James Taylor last year. That was a disaster.

11:01PM – Dirty A and I are talking shit about Bette Midler. What can I say? We’re Ruthless People.

11:05PM – Goldie Hawn shows up to present the montages of the last three Best Picture nominees. The last one she talks about is the one that should win.

11:10PM – As much as I want U2 to win, this damn Frozen song is probably unstoppable. Hell, I’d rather see Happy win over this.

11:12PM – They showed the conductor of the orchestra. It’s Patrick Stewart! He finally got his dream!

11:23PM – Penelope Cruz and Bobby DeNiro show up to present the writing awards.

11:37PM – Dirty A: Alfonso Cuaron reveals Warner Brothers is run by the mob!

11:44PM – Cate Blanchett wins Best Actress in a move that surprises no one. Didn’t see Blue Jasmine, so I can’t comment, but I would have gone with Amy Adams. She was fantastic in American Hustle.

11:46PM – When Cate told Amy Adams how great she was in American Hustle, Amy should have gone up and taken the award from her.

11:48PM – And getting sassy with someone in the audience – probably Christian Bale or Bradley Cooper

11:58PM – So glad 12 Years won. Gravity was certainly worthy, but 12 Years truly was the Best Picture of the year. Good show this year. Thanks for following along on the blog! This was fun! See you next year or next week for the next podcast!