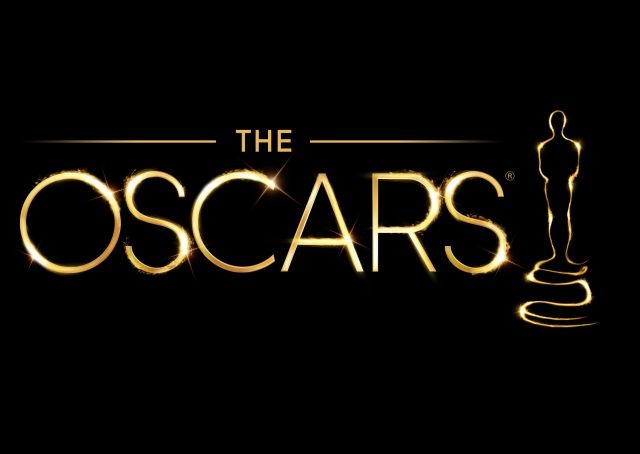 Welcome to The Hodgepodge Podcast‘s 2015 Oscar Live Blog! Dirty A and I will be following all the action when the ceremony kicks off at 8:30PM EST, so park your butt here as you watch and refresh often. Thanks for visiting the site and feel free to post comments to us during the show!

So that does it for this year. Thanks to everyone who stopped by to spend the evening with us. Hope you enjoyed it as much as we did. See you next year!

12:05AM – BIRDMAN is your Best Picture! Dirty A: Richard Linklater, way to waste 12 years of your life.

12:03AM – Sean Penn, please, make this quick. But nice dig at American Sniper.

11:51PM – Eddie Redmayne wins Best Actor for The Theory of Everything, proving that the Wachowskis can’t even destroy careers right.

11:43PM – WOW. First real surprise of the night: Alejandro Gonzalez Inarritu wins Best Director for Birdman. Thought for sure this was going to Linklater. This just got interesting.

11:41PM – Batfleck is here to present Best Director. Ironic since they snubbed him on Argo.

11:24PM – Alexander Desplat wins for Grand Budapest Hotel…after stuffing the ballot box being nominated for two films. It was a good score, but the Zimmer/Nolan combo has to pay off sometime.

11:20PM – Here comes Julie Andrews to tell GaGa why she didn’t have tats in her day.

11:16PM – Lady GaGa pays tribute to The Sound of Music. Dirty A: Who’d have thought Lady GaGa could class it up? She’s actually doing very well, but again, this is pointless.

11:12PM – ScarJo comes out to laud the Sound of Music. Dirty A says, “Look at all the fucks I give.” Seriously. We’re almost at 3 hours and they’re pulling this shit?

11:06PM – “Glory” wins Best Original Song. It’s a powerful song and it moved many to tears in the audience including Chris Pine (!?)

11:04PM – NPH kicks John Travolta when he’s down and then Travolta comes out to present with Idina Menzel for Best Original Song.

10:59PM – Common and John Legend sing their song “Glory” from Selma. Meanwhile, NPH keeps selling this lock box gag with his Oscar predictions. This gag is nowhere near as good as Conan O’Brien’s lock box gag with Bob Newhart several years ago at the Emmys.

10:49PM – Those three films should be the front-runners for Best Picture along with Grand Budapest. Oh, and NPH just butchered David Oyelowo’s name again. He’s presenting Best Documentary with Rachel Green. Citizenfour wins. It’s going to be on HBO this week, I think.

10:46PM – Terrence Howard takes a break from tearing up the TV ratings with Empire to present Whiplash, Imitation Game, and Selma.

10:36PM – Oh Jesus, I spoke too soon. Jennifer Hudson is here to drag this show out even longer. Yay.

10:34PM – At least this year they don’t have someone singing over the images of all those we’ve lost this past year. That was a horrible move the past couple of years.

10:32PM – Streep presenting In Memoriam and Dirty A’s response? “I hope to see her up there one day.” Terrible.

10:26PM – Birdman wins Oscar for Cinematography. Kind of a lock considering the “single shot” technique used throughout the film.

10:19PM – How come the President of the Academy doesn’t get played off the stage? Her speech is the most boringest of all.

10:11PM – Big Hero 6 wins the Oscar for Best Animated Feature. It was a cute movie and pretty good, but nowhere near as good as the press it got. Baymax makes the film – without him, it’s very generic.

10:09PM – Gamora and The Rock present Best Animated Feature, which SHOULD be won by The Lego Movie, but for some fucking reason, it wasn’t nominated.

10:07PM – Feast wins Best Animated Short. This one played in front of Big Hero 6, so it’s probably the only one that was seen by anyone. It was really cute, though.

10:04PM – Interstellar wins the Oscar for Visual Effects! Well deserved. What a tough category. If Interstellar didn’t win it, I would have said Dawn of the Planet of the Apes. All those films were great, though.

10:02PM – All those lasers are going to blind this poor woman.

10:00PM – Peeta introducing the song from Beyond the Lights performed by Rita Ora.

9:53PM – Emma Stone holding the only Oscar she’ll win tonight – a Lego one.

9:51PM – The Joker presenting Best Supporting Actress. Yes, Jared Leto’s The Joker, get used to it folks. He’ll do a great job. Good dig on Meryl Streep too.

9:49PM – Oscar for Sound Editing goes to American Sniper. I guess I can see that. I just thought the guys on Interstellar did a phenomenal job on all the technical areas. Maybe the sound mix was a little messy. Dirty A says this one guy looks like Tony Orlando.

9:45PM – Hopefully if this show gets really boring, Chris Evans will go all Snowpiercer on that shit. He and Sienna Miller are presenting for Sound Mixing. Come on INTERSTELLAR!

9:44PM – Miles Teller and the radiant Margot Robbie, both of whom hosted the tech awards two weeks ago. She’s great and the main reason I’m looking forward to Focus this week. She’s going to make a great Harley Quinn in Suicide Squad.

9:42PM – NPH riffing on Birdman. Hilarious and strange movie if you haven’t seen it yet. It’s probably going to win Best Picture tonight. Nice nod to Whiplash too.

9:38PM – Ah, the Diet Coke LSD commercial that I see at the movies all the time. BTW, that guy at the end is really a drifter – stay away from him, girl!

9:35PM – Tim McGraw performing Glen Campbell’s song for the documentary about him. He was introduced by Gwyneth Paltrow as, “My friend, Tim McGraw.” Uh, Gwyneth, considering his profession, Tim is probably Chris Martin’s friend.

9:34PM – NPH is snarky as hell tonight! Loved that dig on David Oyelowo’s snub. He was robbed, ROBBED.

9:19PM – HA HA HA Will Arnett as Batman! This performance wins all the Oscars.

9:13PM – Shirley MacClaine presents The Theory of Everything, Birdman, and the most overrated film of the year, Boyhood.

9:12PM – Dirty A: The director of “Ida” beat the orchestra! Give him another Oscar!

9:09PM – The guy who was robbed for Best Actor last year and one of Tom Cruise’s ex-wives.

9:03PM – Here comes Gambit, Channing Tatum, to talk about some stupid contest that produced “Team Oscar?” What the fuck is this?

9:00PM – Reese Witherspoon up to present Makeup and Hairstyling Oscar. The winner is…Grand Budapest Hotel! The job on that was great, but honestly, I was kind of pulling for Guardians of the Galaxy.

8:57PM – Jenny from the Block looks like I did after getting sprayed with OC spray at work yesterday. Dirty A: Her dress says stripper at the top and ballerina at the bottom.

8:42PM – J.K. Simmons! Best Supporting Actor and he really was. Whiplash isn’t getting nearly the attention it should be. It’s far better than the majority of the films nominated tonight.

8:38PM – Lupita is out to announce J.K. Simmons – I mean, Best Supporting Actor.

8:36PM – And the Oscar for best opening number stays with Hugh Jackman.

8:33PM – Anna Kendrick ruins Gone Girl for anyone who hasn’t seen it.

8:31PM – I guess they don’t call it the Academy Awards anymore.

8:26PM – “J.K. Simmons, you’re the only mortal lock tonight. What are you looking forward to most?”

8:25PM – Did Patricia Arquette drive up to the ceremony with her head out the window?

8:19PM – Trying to determine what superhero Lady GaGa is trying to emulate.

8:09PM – Chris Kyle “would be blown away” by success of American Sniper. Dirty A says that may have been a poor choice of words….BY HIS WIDOW.

8:07PM – Just over 20 minutes left! Watching the pre-show. Robin Roberts and Jess Cagle look like Ian McKellan and Elijah Wood in Lord of the Rings.