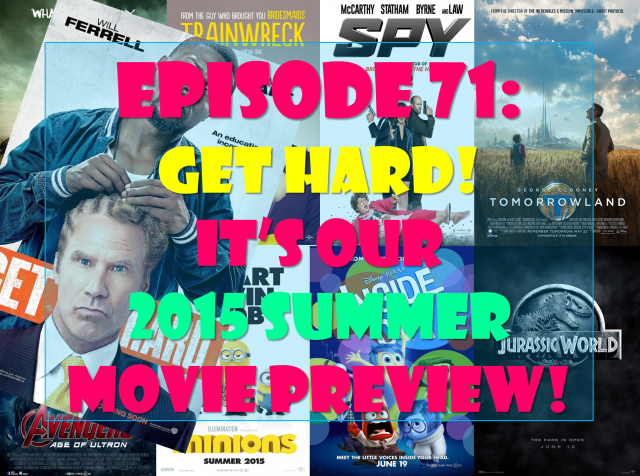 The Summer Movie Season is almost here, folks, so Doug and Dirty A deliver their take on some of the films heading to theaters over the next three months. First, though, they clean up some old business by FINALLY delivering their review of Will Ferrell and Kevin Hart in Get Hard. Take a listen!

NOTE: Due to some nasty thetans (probably), Doug and Dirty A failed to mention one of the biggest movies this summer: Mission: Impossible: Rogue Nation. Discussion of that upcoming film will be next episode.