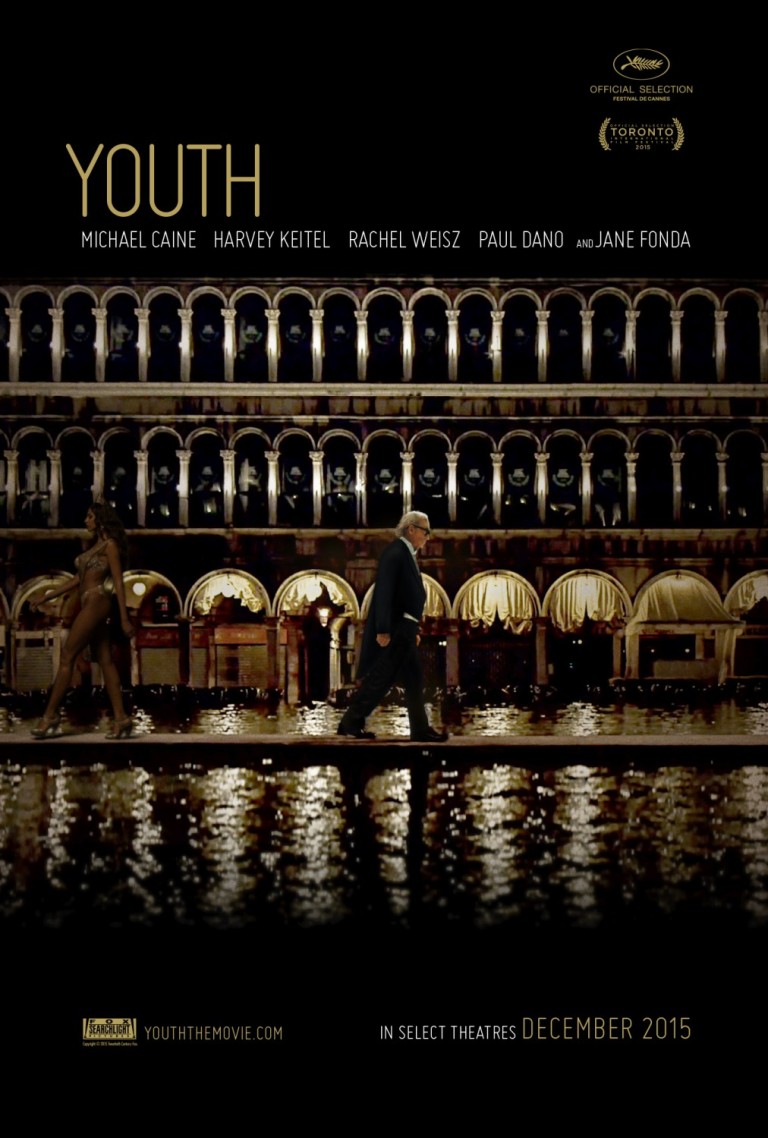 Youth, the latest film from Writer-Director Paolo Sorrentino, focuses on legacy, getting older, and hanging onto youth. But, will it make you feel like you’re aging as you watch it?The film centers on a famous composer and conductor, Fred Ballinger (Michael Caine), who is on holiday at a spa resort with his daughter/assistant, Lena (Rachel Weisz). Fred’s best friend, film director Mick Boyle (Harvey Keitel), is also staying at the resort with a group of young screenwriters trying to crack is final masterpiece. During their stay, Fred befriends a young actor, Jimmy Tree (Paul Dano), visiting the spa to research a new role. Jimmy is haunted by a past role that he feels overshadows his more artistic endeavors. While Lena is dealing with a marital crisis, an emissary from the Queen of England arrives to try and persuade Fred to perform at Prince Phillip‘s birthday celebration.

Youth was an interesting film. It’s filled with great performances, but it also a very surreal film at times, which made things a bit confusing. I don’t mind some surreal aspects in the films I watch, but this one laid it on thick here and there. The storytelling also has a disjointed feel, leaving the viewer to fill in a lot of the blanks that are not always clear. Combine that with the film’s surreal nature and the piece ventures into being difficult at times. Also, Sorrentino kind of beats the viewer over the head with the rumination on youth and growing older, which became a tad tedious. All that being said, the film has several humorous moments and the twist at the end did surprise me, which was a pleasant wrinkle.

The cast really powers the film here. Michael Caine and Harvey Keitel have an easy chemistry that makes their onscreen friendship believable. Caine is especially good in the lead role. He brings gravitas when he needs to, but is also an ace when delivering the funny. Rachel Weisz puts in a great performance as well, especially in her scenes with Caine, but overall, I felt her storyline was a little undersold. Dano is great as usual, but until the end, his role isn’t that showy and he really underplays his part. That works to the film’s benefit, though, which becomes clear at the end of the film. Jane Fonda has a really great scene with Keitel as his former muse as well as an eye-opening one later on a plane. Finally, thumbs up to the casting director for Miss Universe (Madalina Diana Ghenea).

While Youth is an oftentimes funny film with an overall tone of melancholy, it most certainly will not be for all viewers. The performances are great in service to a just okay story. So, good, but not great.