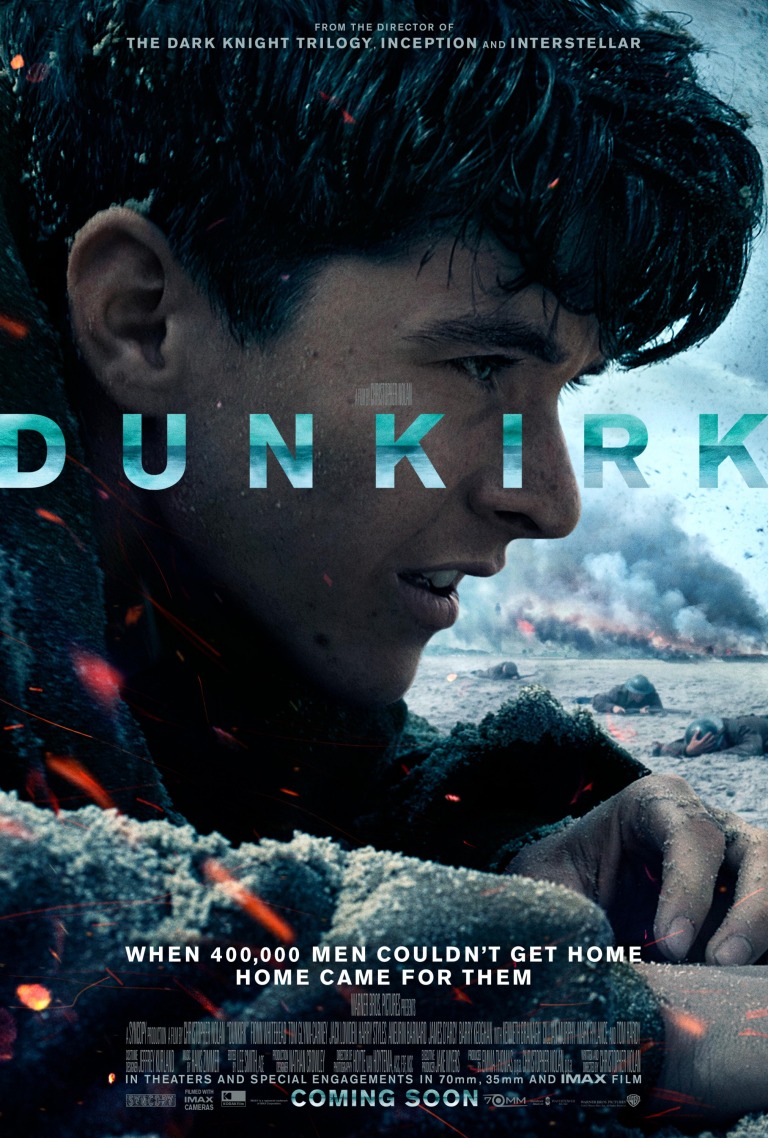 Since The Dark Knight and Inception, Christopher Nolan’s films have been fantastic spectacles, but lacking narratively (The Dark Knight Rises and Interstellar). Does his World War II film, Dunkirk, return him back to excellence or are Nolan’s best days as a filmmaker behind him?

Dunkirk focuses on Operation Dynamo, which was a rescue mission attempted by the British during World War II. The Nazis has about 400,000 British and French soldiers cornered on the beach at Dunkirk. The British called up their civilian sailors to aid in the operation, partly because the Germans has the area well-buttoned up with bombers and U-boats. It follows the story on land, sea, and air. Also, because this is a Christopher Nolan film, there is an interesting storytelling technique that he uses that is a little confusing at first, but makes more sense as the film plays out.

Dunkirk is an absolute masterpiece of filmmaking. The cinematography by Hoyte Van Hoytema and the musical score by Hans Zimmer combine to create an engrossing atmosphere. Nolan and the actors he’s chosen for this film work in concert with this atmosphere to create one of the tensest films I’ve ever seen. The film is solely about the experience the soldiers and civilians went through at Dunkirk and their fight for survival. That’s it. There’s no heartfelt conversations or memories of the loves waiting for the soldiers back home. The sole focus is how to survive and escape. This style of filmmaking may not work for every audience member, but Nolan bends it to his will and delivers an amazing film. Usually, I’m the first person to complain about weak characters or plot, but that’s the thing with Dunkirk—the characters aren’t weak. You’re right there with them in one of the defining moments of their lives. There’s no need to know all their backstories and whatnot, because as Heath Ledger’s Joker said in The Dark Knight, “In their last moments, people show you who they really are,” and the same is true in Dunkirk. As these soldiers fight for survival, you see those who are truly heroes and those who are only interested in self-preservation.

The action is topnotch and relentless. Nolan masterfully ratchets up the tension every second that ticks by until it becomes almost unbearable for the audience. I was truly on the edge of my seat, especially during the aerial fights. The film does get a tad confusing once you discover that Nolan has messed around with the timeline to demonstrate how the different modes of battle play out, but once you realize what’s happening, you get right back into the film. The only other issue I had was that the dialogue proved hard to follow at times whether due to the actors’ accents or just getting drowned out by the fog of war. However, the dialogue isn’t terribly important, as the action is clear as day throughout the film.

The acting is also great here, even with as little dialogue as the actors have. Fionn Whitehead gives a fantastic performance as Tommy, the main soldier that the audience follows around. Aneurin Barnard is also great as a fellow soldier that gets thrown together with Tommy as they fight to survive. Tom Hardy and Kenneth Branagh are sure, steady hands as Farrier the pilot and Commander Bolton respectively. A lot has been made about how Hardy doesn’t have many lines, but he’s a towering presence in this film. Mark Rylance is also great as the main civilian sailor that the audience follows. Cillian Murphy puts in his usual stellar work as a soldier suffering from shellshock. And hey, Harry Styles even does a nice job here, so take heart, One Direction fans!

Overall, Dunkirk isn’t just a great film, it’s possibly the best film so far this year. Christopher Nolan demonstrates that while his reach may have been too great on The Dark Knight Rises and Interstellar, he’s still one of the best directors working today. Dunkirk is a different kind of war movie and it will stick with you long after you’ve left the theater. You have to see it to believe it, so go see it and make sure it’s in IMAX.