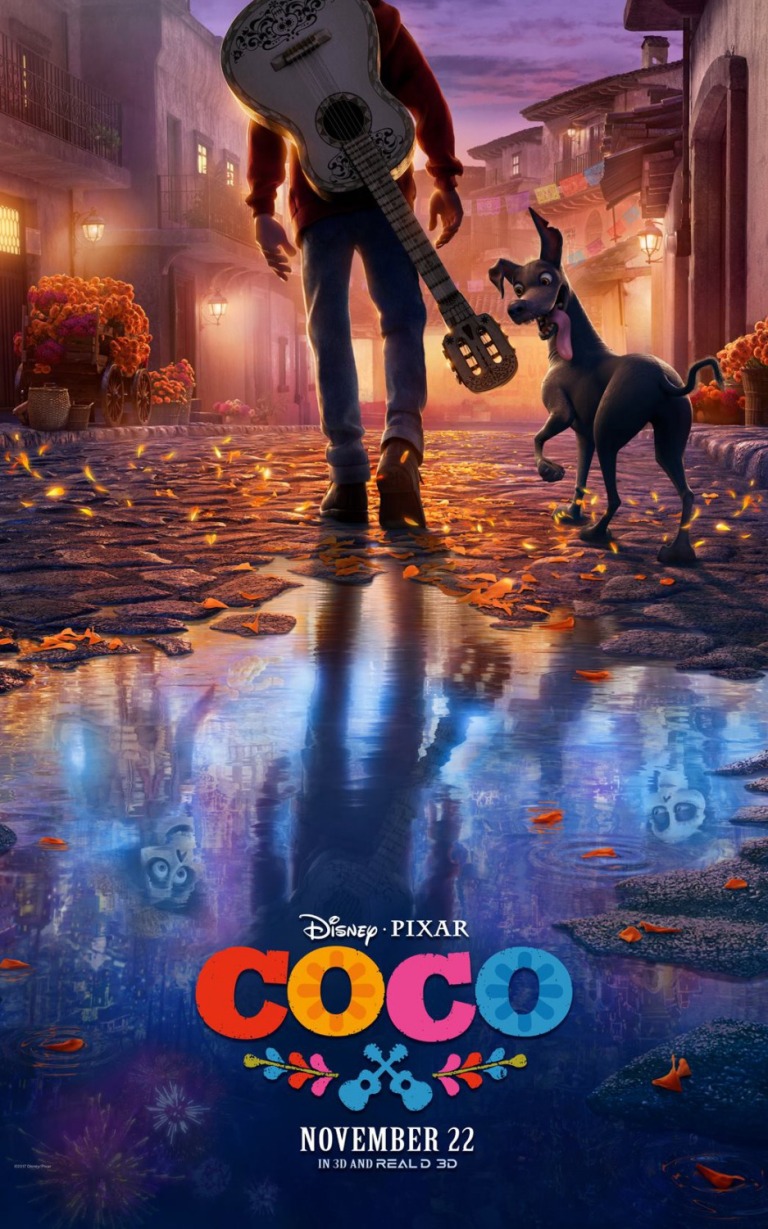 From Directors Lee Unkrich and Adrian Molina, Pixar’s Coco is the studio’s second film this year and its first original since 2015. Does it capture the magic of Pixar’s best or is it one of their more forgettable films?

Miguel (Anthony Gonzalez) is a young boy living with his extended family in Mexico. All Miguel wants to do is make music, but his grandmother (Renee Victor) forbids it. Miguel is to follow the rest of his family members into the family shoe-making business. Why is his grandmother so against music? Because her grandfather was a musician and left his wife, Imelda (Alanna Ubach), and his daughter, Miguel’s Great Grandmother Coco (Ana Ofelia Murguía), to follow his musical dreams. However, on Dia de Muertos—the Mexican Day of the Dead—Miguel decides to follow in the footsteps of his musical hero, Ernesto de la Cruz (Benjamin Bratt), and enter a music contest. Through a series of events, Miguel crosses over to the Land of the Dead, making the acquaintance of Hector (Gael Garcia Bernal), a lost soul trying to cross over to the land of the living to see his girl. Miguel needs the help of Ernesto de la Cruz to get back and Hector knows how to reach him, or so he claims. The two strike a deal to help each other out. Hector will help Miguel reach de la Cruz, while Miguel will display Hector’s photo, so he can have a connection to the land of the living. Will they succeed or will Miguel be trapped forever in the Land of the Dead while Hector simply fades away?

When I first learned of Coco and its connection to both the Day of the Dead and music, I worried that Pixar was treading ground that had already been covered in The Book of Life, a cute and good, but not great, animated film from 2014. I needn’t have worried. In Coco, Pixar has another absolute winner. Unkrich and Molina tell an extremely heartwarming story with an exceptional cast of fun characters. Miguel is a great lead and the supporting cast is equally amazing. The animation is absolutely beautiful. The level of detail on the Land of the Dead is astonishing and immersive. The film also feels authentic. There’s a little over-explanation of the myths and traditions, but it never feels like appropriation or exploitation. The themes of family and following your dreams are universal. The songs are also great, which makes sense since music plays such a vital role in the story. In fact, the biggest complaint I have about the film is that it was paired with the twenty-one-minute “short” Olaf’s Frozen Adventure, which is long enough—with commercials—to be a half-hour of television. It just makes the movie too damn long and the crassness of a Disney holiday cashing in of Frozen felt wholly out of place beside the original Coco. Pixar shorts are usually five minutes or so, but this thing should have been a special on ABC, not attached to a feature-length film.

Overall, I loved Coco. My worries that it would be a rehash of The Book of Life were unfounded. Aside from the Land of the Dead setting, the two films couldn’t be more different. It’s a sweet, heartwarming story and a lot of fun. See it with the whole family.