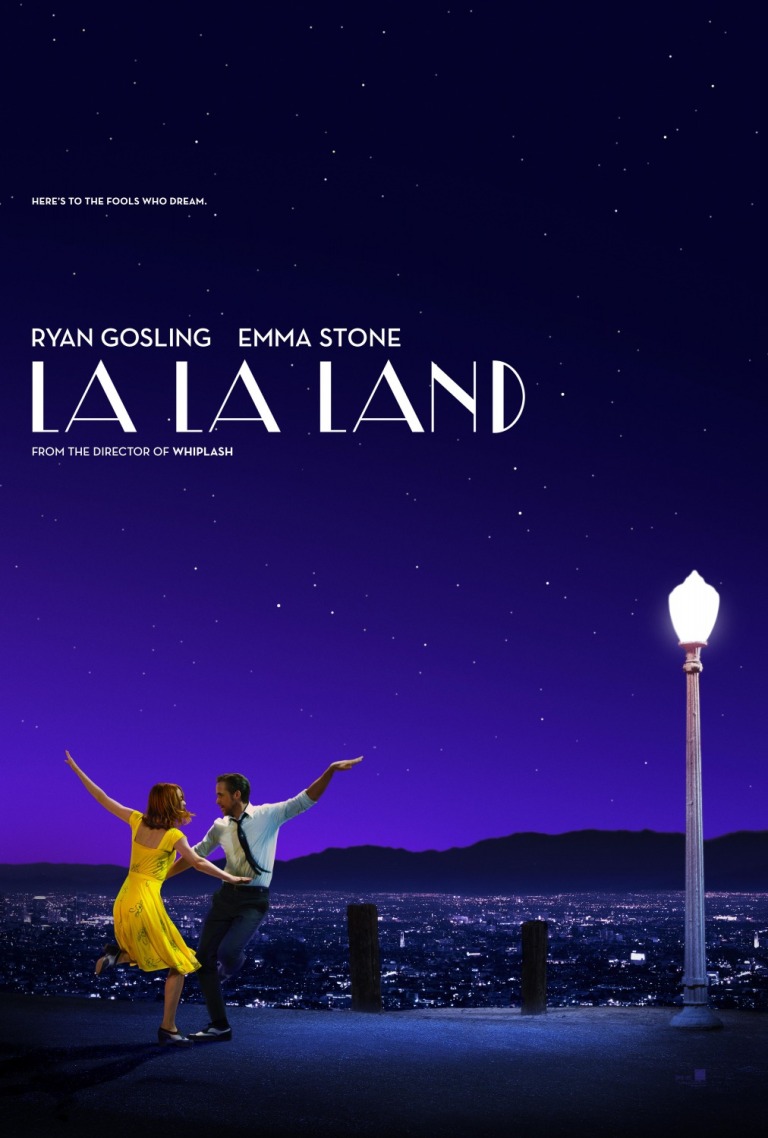 After giving audiences the brilliant Whiplash in 2014, Writer-Director Damien Chazelle is back with a full-fledged musical in La La Land. Can this throwback cut it in today’s modern movie landscape?

Set in Los Angeles, La La Land is a modern story told in the style of a classic movie musical. The story focuses on Sebastian (Ryan Gosling), a jazz pianist with dreams of opening his own jazz club, and Mia (Emma Stone), an aspiring actress working as a barista on the Warner Brothers movie lot. The two of them have a few chance encounters and romance sparks between them. As the story moves through the seasons, the two of them experience career ups and downs until the time comes where they both have to decide what’s most important to the two of them: each other or their dreams?

I really enjoyed La La Land, but I didn’t love it. Now, much of that probably stems from the fact that I’m not really a big fan of musicals in general, but I love Gosling and Stone—especially when they’re acting together—and Whiplash is one of my favorite films of the last five years. There is a good mix of drama and comedy, which gives the narrative an even feel. The musical numbers here are fun and touching—the score and songs were composed by Justin Hurwitz and the lyrics were composed by Pasek and Paul—but the tone of the happier musical numbers didn’t completely jibe with the tone of the film for me. While the musical aspects of the film are a throwback to old school movie musicals, the narrative is very much a modern film and because of that, the overall tone is bittersweet at best. Now, that doesn’t make it a bad film—I tend to lean more towards more bittersweet endings, as they better reflect real life—but the two different tones didn’t completely mesh for me. The story itself is a good one and I would have been fine seeing this film as a narrative film with no musical numbers at all. The more somber musical moments are very nice and I even enjoyed the more magical moments—like the planetarium scene. I don’t want to spoil any more of the plot, but the film didn’t end the way I expected and Chazelle even rubs salt in the wound a bit too, which soured me a bit more on the conclusion.

Stone and Gosling are great in this film. The two of them have fantastic chemistry together, which they demonstrated in Crazy, Stupid, Love and they were the sole bright spot in the disappointing Gangster Squad. So, I knew they would carry their end of this production effortlessly. There are some other good performances here from J.K. Simmons and John Legend, but the film is truly all about Stone and Gosling. And if they were only acting in this film, it wouldn’t be a problem, but they also have to sing in this film—a lot—and they aren’t the strongest singers. Now, I commend Chazelle for choosing these two for their acting chops and tailoring the music to their vocal talents as opposed to the other way around—you can mask a weak singer better than you can mask a bad actor. But, this is a musical, and their singing has to be up to snuff and in some places, I felt, it was not.

Overall, you should probably see La La Land. If you don’t like musicals, you may be surprised at how much you like it…or you may hate it altogether. Stone and Gosling are great together, so it’s worth it just to see them act together again, but the clashing of tones may throw you off kilter. It’s definitely a good film, but not as great as I was hoping.